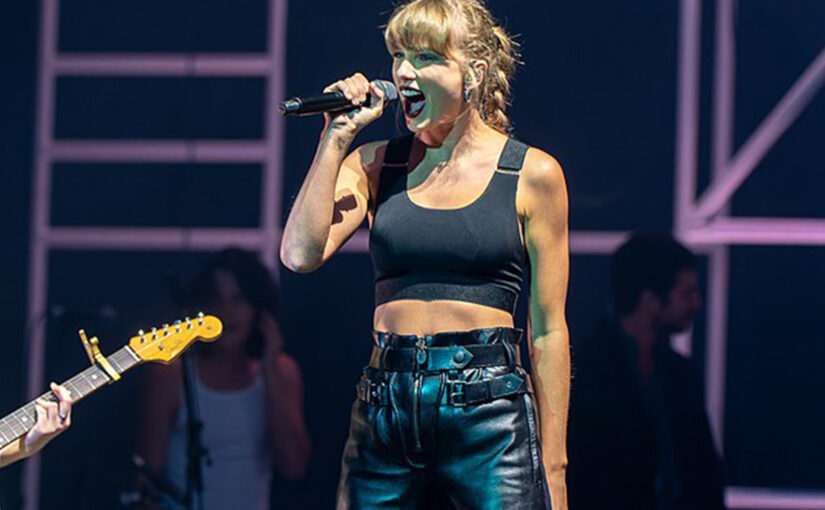 Being FEARLESS isn’t being 100% Not FEARFUL, it’s being terrified but you jump anyway.

At the age of 14, Swift signed a record deal with Big Machine Records. In 2006, she released her debut self-titled album, which debuted at #5 on the prestigious Billboard 200 chart and remained on the chart for the entirety of the decade. The album’s third single, “Our Song,” reached the top of the Billboard Hot Country Songs Chart, making Swift the youngest artist to have a self-written and self-performed number one single on that chart.

In November 2008, Swift released her second studio album, Fearless, which was also a commercial success. The album was the best-selling album of 2009 in the United States and earned Swift four Grammy Awards. The singles “Love Story” and “You Belong with Me” reached the top five of the Billboard Hot 100.

All the songs written solely by Swift were included in her third album, Speak Now, which was released in 2010. The album debuted at #1 on the Billboard 200, and the single “Mean” earned Swift the award for best solo country performance and best country song at the 54th Grammy Awards.

In 2012, Swift released her fourth studio album, Red, which was promoted by the singles “We Are Never Ever Getting Back Together” and “I Knew You Were Trouble.” For her fifth album, 1989, released in 2014, Swift earned three Grammy Awards and the album’s singles “Shake It Off,” “Blank Space,” and “Bad Blood” (featuring Kendrick Lamar) reached the top of the Hot 100.

In 2017, Swift released her sixth studio album, Reputation, which was led by the single “Look What You Made Me Do,” which reached #1 on the Hot 100. Swift continues to be one of the most successful and critically acclaimed artists in the music industry. With her undeniable talent, she has become one of the most influential and popular musicians of her generation.