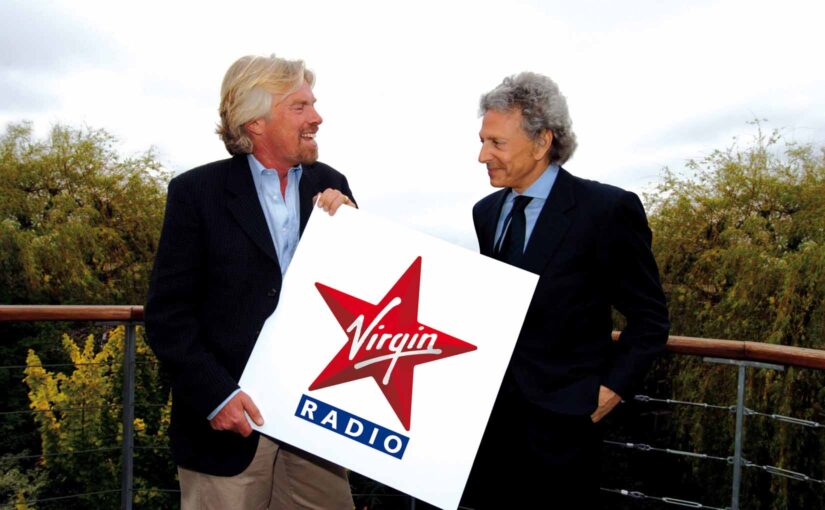 If you want to be a Millionaire, start with a billion dollars and launch a new airline.

Sir Richard Branson is a British billionaire entrepreneur, business magnate, and commercial astronaut. He founded the Virgin Group in the 1970s, which now controls over 400 companies in various industries. Branson’s first business venture was a magazine called Student at the age of 16. He later set up a mail-order record business and opened a chain of record stores called Virgin Records, which later became Virgin Megastores. In the 1980s, he expanded the Virgin brand by starting the Virgin Atlantic airline and expanding the Virgin Records music label. In 1997, he founded Virgin Rail Group to bid for passenger rail franchises during the privatization of British Rail.

In 2000, he was knighted by Buckingham Palace for his services to entrepreneurship. In 2007, he was listed in Time’s 100 Most Influential People in the World. In 2021, his estimated net worth was $5.7 billion. On July 11th, 2021, at the age of 70, Branson flew as a passenger on a suborbital test flight for his spaceflight company Virgin Galactic, reaching a peak altitude of 53.5 miles and becoming the third oldest person to fly to space.

Sir Richard Branson, the renowned British billionaire entrepreneur, was born in Blackheath, London, to Edward James Branson, a barrister, and Eve Branson, a former ballet dancer and air hostess. He is the eldest of three siblings, with two younger sisters, Lindy and Vanessa. His grandfather, Sir George Arthur Harwin Branson, held a distinguished position as a judge of the High Court of Justice and a Privy Councillor.

Tracing his ancestry, Branson’s great-great-great-grandfather, John Edward Branson, immigrated to India in 1793, where his father, Harry Wilkins Branson, later joined him in Madras. Spanning four generations, Branson’s family lived in India, mostly in the town of Cuddalore Tamilnadu. On the show Finding Your Roots, it was revealed that Branson has 3.9% South Asian (Indian) DNA, likely through intermarriage. Branson has also stated that one of his great-great-great-grandmothers was an Indian named Ariya.

Branson received his education at Scaitcliffe School, a preparatory school in Surrey, before briefly attending Cliff View House School in Sussex. He completed his education at Stowe School, an independent school in Buckinghamshire, where he graduated at the age of sixteen. Despite his struggles with dyslexia and poor academic performance, Branson’s parents were supportive of his endeavors from a young age. His mother was an entrepreneur, and one of her most successful ventures was building and selling wooden tissue boxes and wastepaper bins. In London, Branson began his journey as an entrepreneur by squatting from 1967 to 1968.

After unsuccessful attempts to grow and sell both Christmas trees and budgerigars, Sir Richard Branson co-founded a magazine named Student with Nik Powell in 1966. The first issue of Student was published in January 1968, and within a year, Branson’s net worth was estimated at £50,000. The magazine’s office was located in the crypt of St. John’s Church in London. Though it wasn’t initially successful, the magazine later became a crucial part of Branson’s mail-order record business, which he started from the same church. Branson used the magazine to advertise popular albums, driving record sales. He interviewed several prominent figures of the late 1960s for the magazine, including Mick Jagger and R. D. Laing.

In 1972, using money earned from his record store, Branson launched the record label Virgin Records with Nik Powell. The name “Virgin” was suggested by one of Branson’s early employees as they were all new to business. Branson bought a country estate north of Oxford and installed a residential recording studio, The Manor Studio. He leased studio time to upcoming artists, including multi-instrumentalist Mike Oldfield, whose debut album Tubular Bells was the first release for Virgin Records and became a chart-topping best-seller. Virgin Records signed controversial bands such as the Sex Pistols, which other companies were hesitant to sign, and went on to become the world’s largest independent record label.

In the early 1980s, Branson entered the airline industry by chartering his own plane for a trip to Puerto Rico after his flight was cancelled and offering rides to other stranded passengers for a small fee. In 1982, Virgin purchased the gay bar Heaven and in 1991, in a consortium with David Frost, Branson made an unsuccessful bid for three ITV franchises under the CPV-TV name. Branson’s net worth was estimated at £5 million by 1979, and a year later, Virgin Records went international.