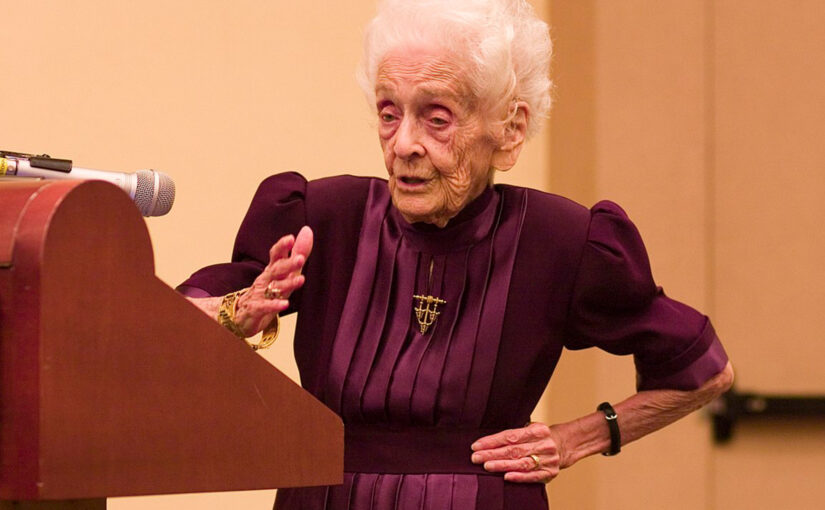 Above all, don’t fear difficult moments. The best comes from them.

Rita Levi-Montalcini was an Italian neurologist, embryologist, and physician who was awarded the Nobel Prize in Medicine in 1986. She was born on April 22, 1909 in Turin, Italy and passed away on December 30, 2012 in Rome, Italy.

During the 1930s, Levi-Montalcini studied medicine at the University of Turin. However, her academic career was hindered by fascist laws (Manifesto della razza) that targeted individuals of Jewish descent. Despite this, she set up a makeshift and secretive laboratory in her own bedroom to continue her research on the growth of nerve cells. As she was unable to publish her work in Italy, she sent her research to scientific journals in Switzerland and Belgium.

In 1947, she emigrated to the United States at the invitation of Washington University in St. Louis, where she was a professor from 1956 to 1977. She also headed the Neurobiology Institute of the National Research Council in Rome. She was elected to various academies, including the Pontifical Academy of Sciences.

Levi-Montalcini authored several scientific publications, including “In Praise of Imperfection” (1988). In 2001, President Carlo Azeglio Ciampi appointed her as a lifetime senator in recognition of her achievements. She served in the 14th, 15th and 16th senate sessions and passed away during her tenure. She was the sister of Paoli Levi-Montalcini.

Throughout her career, Levi-Montalcini was honored with numerous awards, including the Great Cross of the Order of Merit of the Italian Republic in 1987 and the Legion of Honor (V class) in 2008.