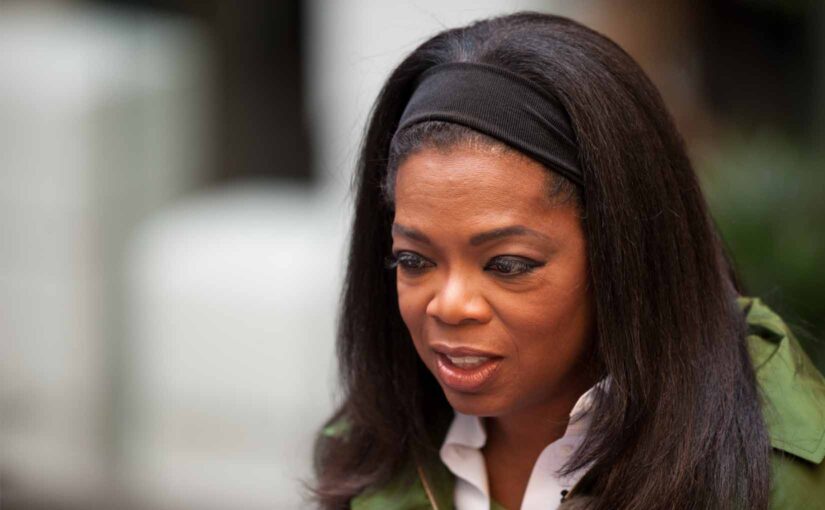 Oprah Winfrey is an American talk show host, television producer, actress, author, and philanthropist, best known for her talk show, “The Oprah Winfrey Show”, which ran nationally for 25 years. She is often referred to as the “Queen of All Media” and was once the world’s only black billionaire. Winfrey was born into poverty and faced challenges such as molestation and teenage pregnancy, but became a successful media personality and philanthropist. She has been both criticized and praised for her approach to self-help and emotional communication. Winfrey has received numerous awards and accolades throughout her career, including the Presidential Medal of Freedom and honorary doctorates from Duke and Harvard. She also owns her own network, the Oprah Winfrey Network (OWN).

Oprah Winfrey was born on January 29, 1954 in Kosciusko, Mississippi. Her first name was spelled Orpah on her birth certificate after the biblical figure in the Book of Ruth, but people mispronounced it regularly and “Oprah” stuck. She was born to an unmarried teenage mother, Vernita Lee, a housemaid. Winfrey’s biological father is usually noted as Vernon Winfrey, a coal miner turned barber turned city councilman who was in the Armed Forces when she was born. However, a Mississippi farmer and World War II veteran, Noah Robinson Sr. has claimed to be her biological father. Winfrey spent her first six years living in rural poverty with her maternal grandmother, Hattie Mae (Presley) Lee. Her grandmother taught her to read before the age of three and took her to the local church, where she was nicknamed “The Preacher” for her ability to recite Bible verses. Winfrey stated she was molested by her cousin, uncle, and a family friend, starting when she was nine years old. At 13, after suffering years of abuse, Winfrey ran away from home. When she was 14, she became pregnant, but her son was born prematurely and died shortly after birth. Winfrey later attended Lincoln High School in Milwaukee but was transferred to the affluent suburban Nicolet High School. She began to rebel and steal money from her mother in an effort to keep up with her free-spending peers. As a result, her mother sent her to live with Vernon in Nashville and did not take her back.

Oprah Winfrey began her career in media as the youngest and first black female news anchor at Nashville’s WLAC-TV. She later moved to Baltimore’s WJZ-TV as co-anchor of the six o’clock news but was later removed from the position. She then joined Richard Sher as co-host of WJZ’s local talk show, People Are Talking. In 1984, she moved to Chicago to host WLS-TV’s morning talk show, AM Chicago, which quickly became the highest-rated talk show in the city. The show was later renamed The Oprah Winfrey Show and expanded to a full hour, airing nationwide on September 8, 1986. It quickly became the number-one daytime talk show in America, surpassing Phil Donahue’s audience. The show covered a wide range of topics, from sad stories to celebrity interviews and social issues. In the mid-1990s, the show shifted to focus on broader topics such as heart disease, geopolitics, spirituality, and meditation. However, the later years of the show faced accusations of promoting “junk science” and some of the guests invited on the show, who were promoted by Oprah, have been criticized for making unscientific medical claims. Some publications have called for Oprah to denounce certain medical statements made by her former proteges long after her show ended.

Oprah Winfrey is a media mogul and actress. She co-starred in Steven Spielberg’s film The Color Purple in 1985 and was nominated for an Academy Award for Best Supporting Actress. She produced and starred in the film Beloved in 1998 and helped adapt the Broadway musical of The Color Purple in 2005. She also produced and voiced characters in films such as Charlotte’s Web, Bee Movie, The Princess and the Frog, and A Wrinkle in Time. Winfrey has co-authored five books and is the publisher of O, The Oprah Magazine, which was called the most successful start-up in the industry by Fortune in 2002. She also runs the website Oprah.com, which averages over 70 million page views and six million users per month. In 2020, O Magazine announced it would end its regular print publication after the December 2020 issue.